Katharine Babcock Mountcastle died peacefully on January 22, 2020, in Stamford, Connecticut. Katie served on the Mary Reynolds Babcock Foundation's board since its founding in 1953. In her more than 60 years of service, she left a lasting impression on the Foundation and on Southern philanthropy. Since her death, people who knew her have been sharing memories and tributes. 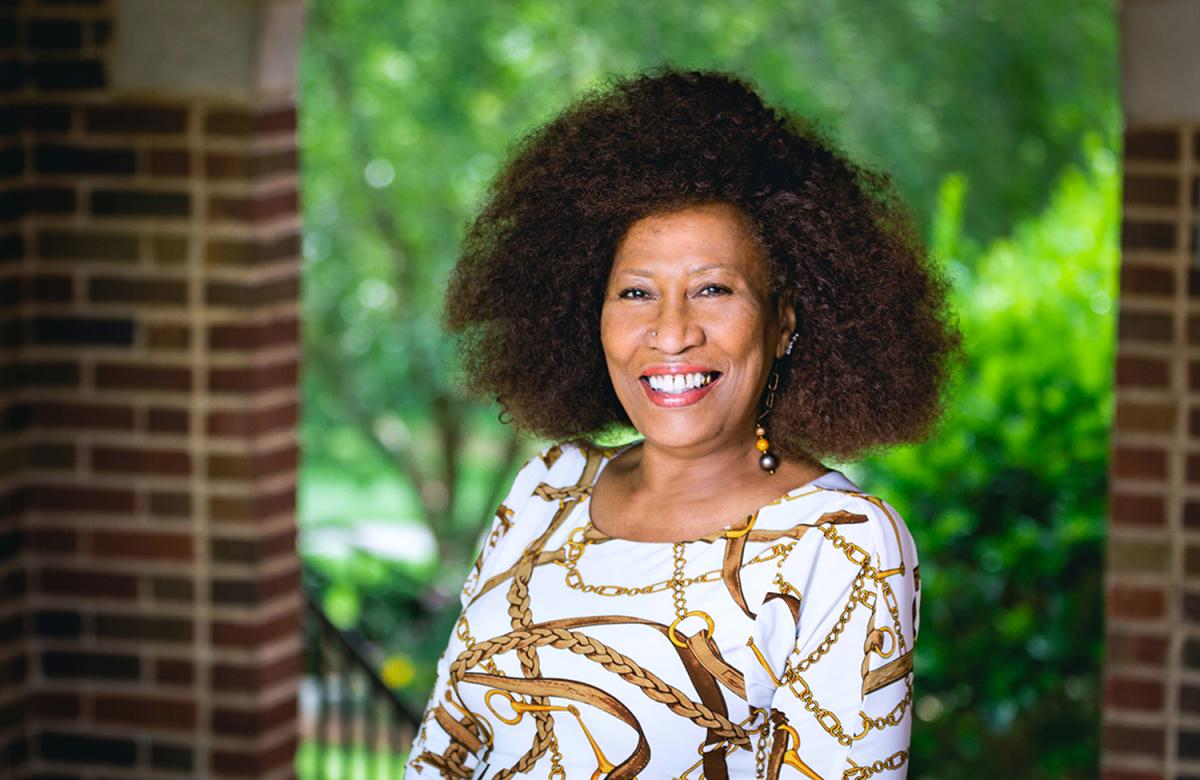 Katie was a colleague and a friend. Our relationship was based on trust inside the board room and out. For me she was an elder, so that meant there was some mentorship as well.

Katie had a deep sense of justice, and she always attributed her values to her father. That’s how she always explained it to me. And those strong convictions given to her from her father transcended time.

Katie made it a family foundation of the heart. That was intentional. She broke down some of the traditional family/nonfamily dynamics. The board is still intentional about dismantling those barriers, but for community board members to feel that way says something about the family’s focus on sharing power. 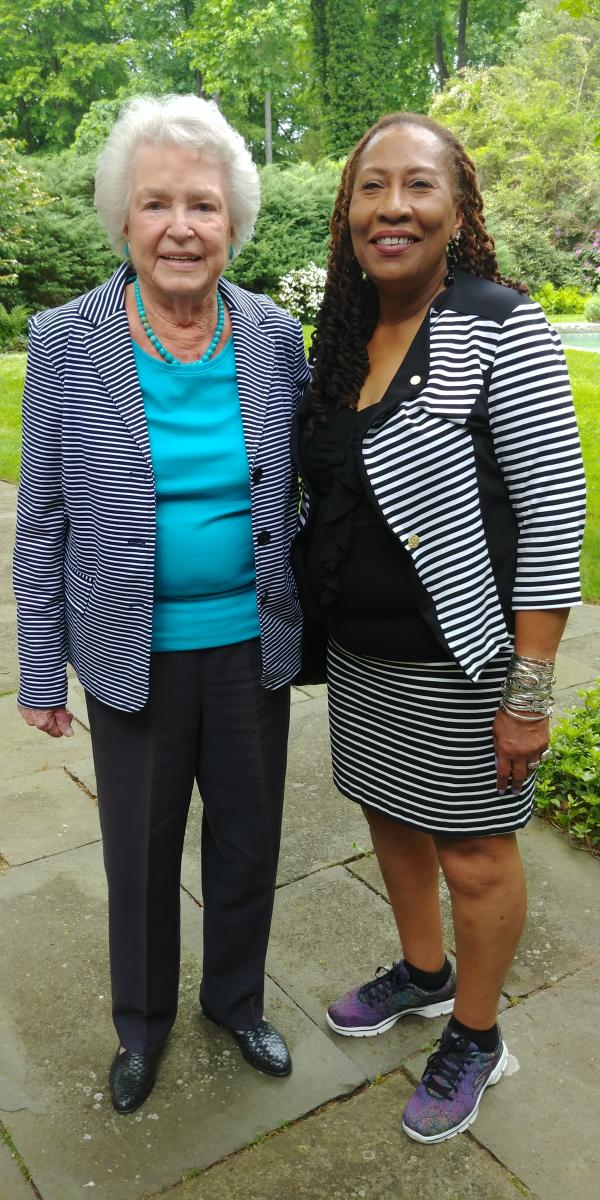 I quickly learned I shouldn’t sit next to Katie in the board room. She’d mutter something under her breath and I’d bust out laughing. If she was irreverent about something, she was always herself, and that lack of artifice gave me an opening to show up as myself.

Katie always exhibited authenticity. For someone who was trying to show up authentically in the work, that helped me. What that also meant was acceptance. We accepted each other as colleagues authentically. It gave me an opening to show up as me. She appreciated that I showed up that way. Her authenticity engendered authenticity in other people. That authenticity was also about privilege. She knew she had it but she didn’t wield it often. She was the matriarch and people acquiesced to her, but it wasn’t intentional.

Katie was always reading the New York Times. She read it early every morning. Then some days she’d call me, but she’d have to hurry off the phone because she had a hair appointment or something.

Our husbands died hours apart. Katie picked up the phone and called me that day and said, “Well, Gladys, we’re widows together.” I said, “No, you’s a widow. I’m single!”

She felt like family to me – as family as an old black woman and an old white woman can be. [laughs] 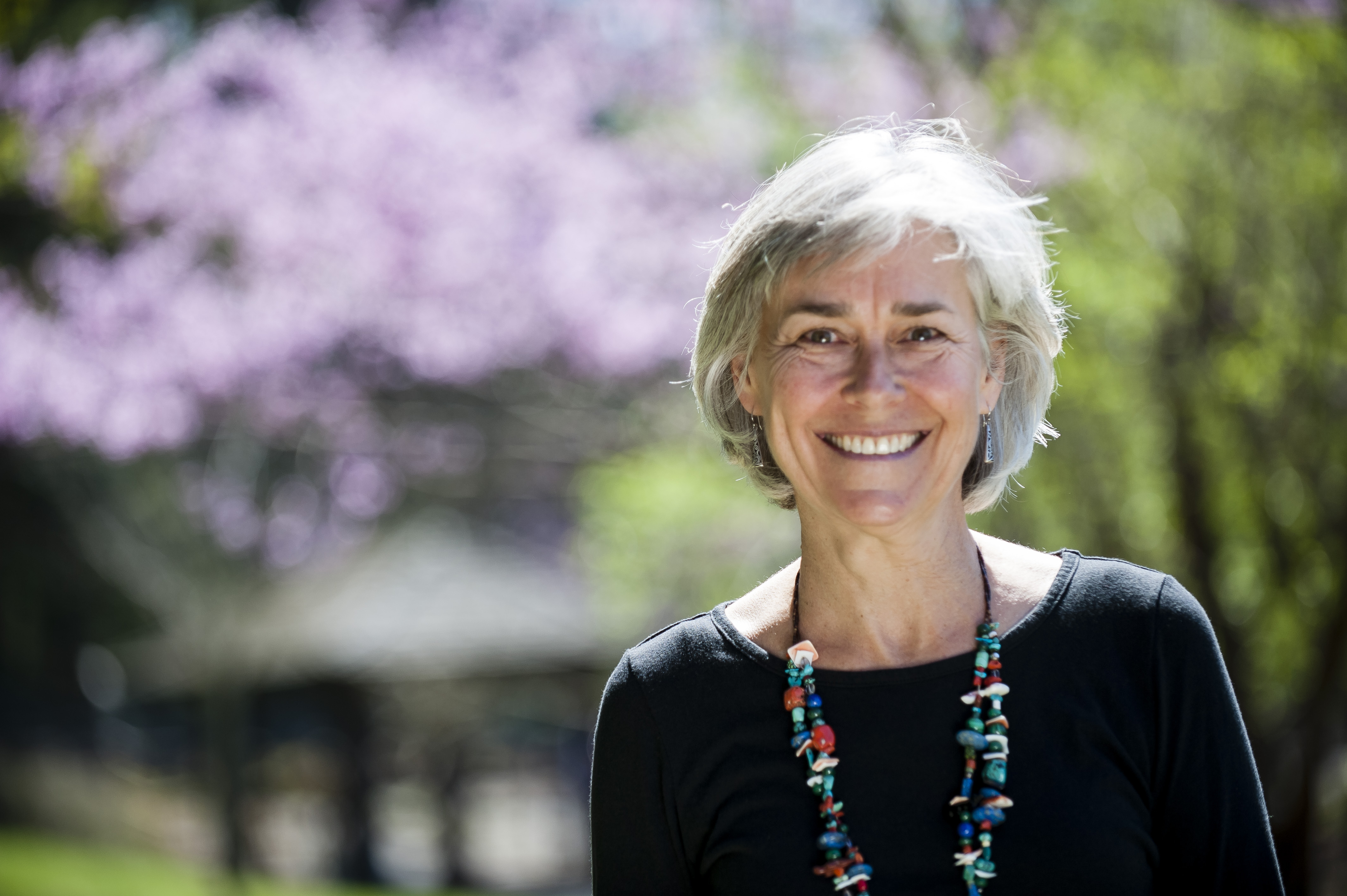 I offer these memories of dear Katie: 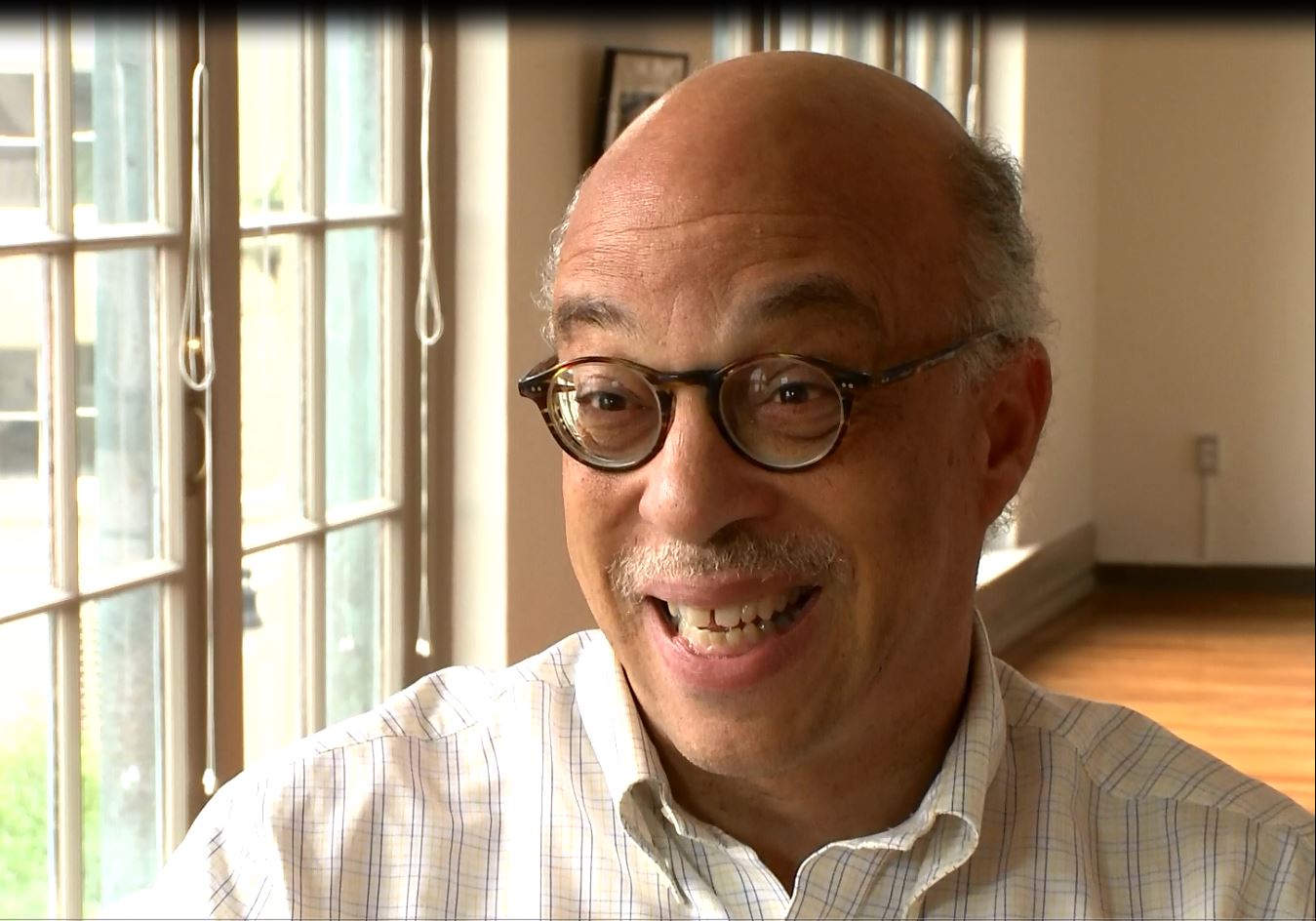 When I think of Katie I think of the deep respect she had for any and all people who were pushing against an unfair status quo to make the world fairer. Title and position meant little or nothing to Katie. Authenticity and commitment meant everything. I loved watching and learning from Katie on MRBF board site visits. Like many of us she would get visibly disturbed by the problems we would see on those visits to Alabama or rural Mississippi or Appalachia. But her mind would immediately go to work thinking about solutions: What more could be done? Where could pressure be exerted to make the bad guys face the music? What (more) could the foundation do?

She taught me that philanthropy should be pragmatic, impatient, and always have the back of people who lacked power and voice. Those are life lessons I try to remember every day.

Though she would probably run from the label, Katie was a real patriot in my eyes, not in the flag-waving, America-first sense, but in her bedrock commitment to a functional democracy that makes room for all voices, especially those that have been muted and marginalized. She knew that real social change rests on deep inclusion and full participation for people who have been denied a seat at the table. That always inspired me. You couldn’t be pessimistic when Katie was around.

I suppose the simplest thing to say about Katie is she was “woke” long before that word got popular. Coming into her orbit was a life gift. I’m grateful beyond words that our lives intersected. 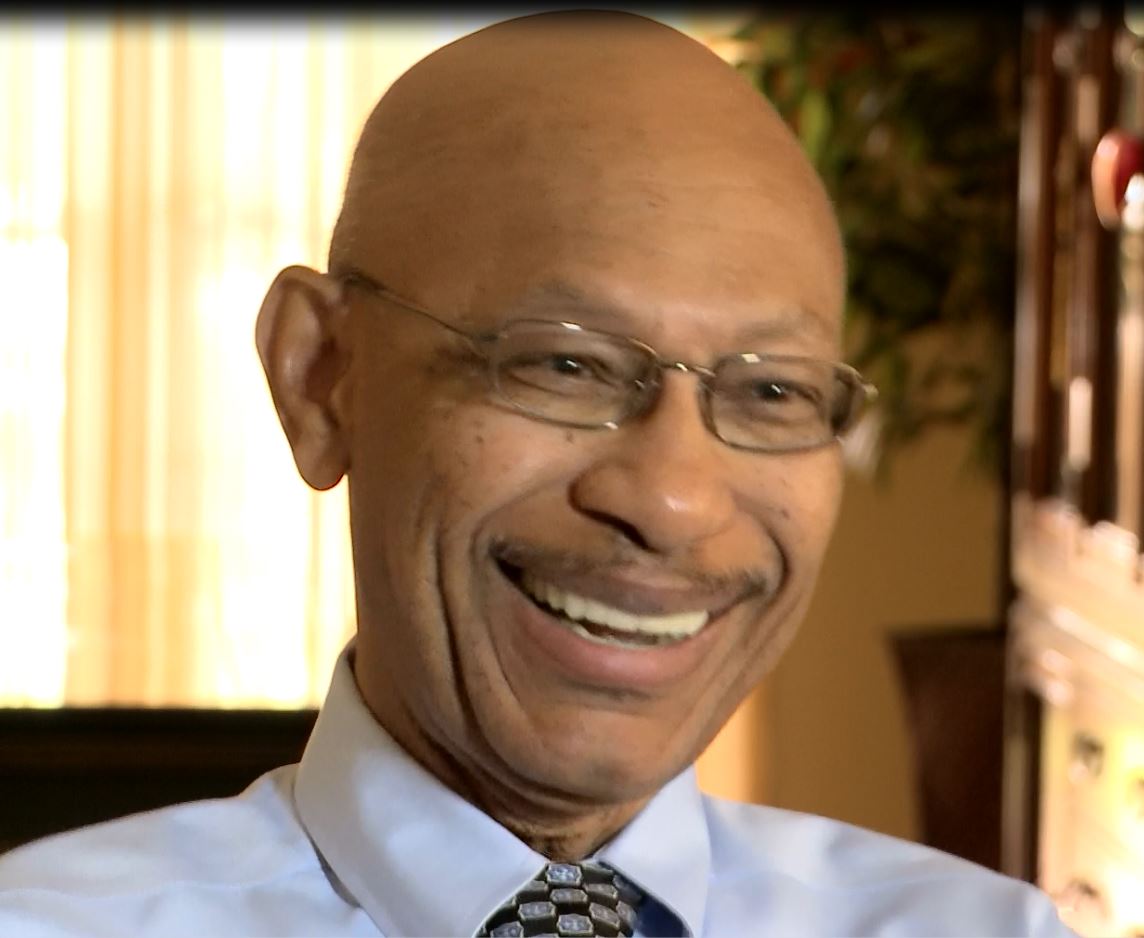 I met Katie in 1996 in Atlanta when I interviewed to become a member of the Babcock Board. It was clear, right away, that Katie was a force to be reckoned with. I learned to admire her through the years for her wisdom and no-nonsense attitude. It was always clear where Katie stood on an issue. She was always well prepared for Board meetings and would ask tough questions when reviewing grant applications. She had a deep commitment to the ideals of the Babcock Foundation and wanted to make sure its resources were helping to make a difference. She was my "Iron Lady." 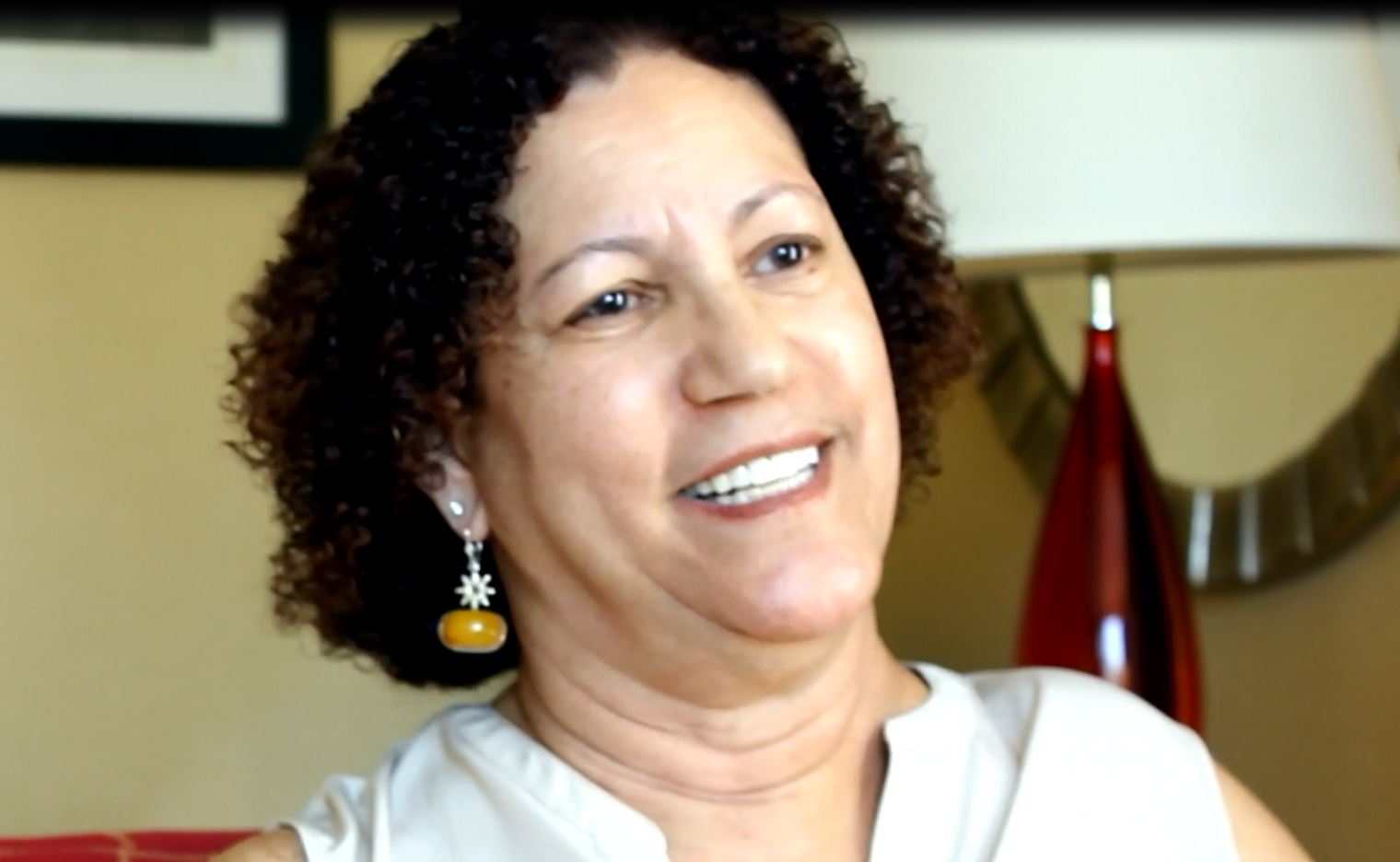 A Salute to my Friend Katie

Katie Mountcastle was a great lady and according to the stories I learned about her mother and how she moved in her own determination and sense of a greater good, Katiewas very much as she was. Katie could recognize the needs of others, meaning individualsand community groups, in ways others may have missed. She heard them when seemingly their voices were weak, but their efforts to lift themselves were there for those who gave time to share in their lives. And Katie made the effort to share in their lives. Katie valued people and her honest expressions demonstrated her unpretentiousness. She was forthright with her opinions and fair in her assessments.

When Otis Johnson and I came to the MRB Foundation, Katie welcomed and embraced us as members of the family by heart, thus other family members and staff followed suit. She was the standard bearer who encouraged board and staff to give openly of their gifts to advance the ideals and goals of the Foundation. Her sharp mind, keen wit and thoughtful provocation are some of the treasured gifts she gave us.

Katie was my friend and mentor. She taught me to examine my own opinions and positions and to wean out much of the self-righteousness that was there. She helped me to grow and become better.

I love KatieMountcastle.  Our hearts will always be entwined.

I send my condolence and prayers for God’s comfort to Katie’s family and to all whose lives she touched. May her spirit continue to live among us all.

Katie’s approach to being a board member was almost completely different from the norm. Instead of saying, “Just bring me the facts,” her approach was more one of “I’m very interested in these issues and would like to learn with you.” Some of my most memorable site visits were when she would volunteer to go with me, not as a board monitor or out of suspicion, but as someone who was committed to figure out new ways for the Babcock Foundation to have an impact on the South’s difficult and deep-seated issues.

She had strong ideas of her own, but she always respected the ideas of others. She was proud of her parents’ legacy, but she never flaunted it or used it as a means for social gain or influence.  She personally and professionally was kind and respectful to me, but she also gave me her honest feedback.

One of the things that I admired most about Katie was her willingness and resolve to influence other Reynolds family foundations to go beyond reenforcing the status quo. Until the mid-1970s, the staff leadership of both the Mary Reynolds Babcock and Z. Smith Reynolds foundations came from higher education. Katie served on both boards, and her influence was a driving force in those foundations moving to staff leadership who were younger, who were more willing to take risks with smaller organizations, and who introduced a number of new areas of grantmaking interest such as women’s issues, the environment, community organizing, racial injustice and many others. Katie was also instrumental in changing the board and the grantmaking priorities of another Reynolds family foundation from one that had a primary interest in marine research in coastal Georgia to becoming what is now known as The Sapelo Foundation which funds policy, community and environmental issues for those coastal people and communities.

The following messages were sent to Katie Mountcastle’s daughter, Mary.

Mary, thanks so so much for letting us know.

I always treasured the connection that our Moms had as young women. And then the connection I had to both of your parents, through the Indy and the foundations.

It is a little spooky to get this email today. I was thinking about your Mom yesterday, and my favorite memory of her, in the context of a conversation about becoming an older woman (I turn 65 on Saturday).

In all my days of working in foundation land, one of the best moments ever was the day I got to spend many years ago with the Babcock board, looking at the future, when you guys were doing that big visioning exercise (boy does that feel a long time ago).

I have this vivid memory of your Mom and your aunt Barbara, both in their 70s, and how they were the sharpest and, in many ways most radical people in the room. Clear. Outspoken. Unafraid. Not caring how they were viewed by the others. Free, really, in ways that I think can be the real gift of getting older.

I was inspired then and am inspired still. I am so happy to hear that she went out as she lived. May it be so for the three of us!

Much love to you.

I was crazy about your Mom. We had a great relationship for many years, starting with that hilarious meeting with your folks at Tavern on the Green in Central Park where Kath and I sat with them at a tiny table next to some very loud folks talking so loudly that we almost couldn't hear each other. We were practically yelling, trying to raise the money that would keep the Indy alive. Fortunately, your parents became the Indy's most important financial supporters. They were so generous to us. And I never had to worry that your Mom was going to tell me the truth about how she felt about anything we did. She was so forthright and great to talk to.

I'm so sorry, Mary, to hear of her passing. It sounds like she left this earth in a good way.

Much love to you.

My heartfelt condolences on the death of your remarkable mother, whom I admired for countless reasons from the first time I met her. I will always remember her gutsiness, invariable frankness, passionate commitment to social justice, intolerance of  pretentiousness, and also the ever-present both twinkle and fire in her eyes when she expressed herself on anything about which she cared deeply. Clearly you are blessed with her example, wisdom and generosity, and continue to be motivated by the praiseworthy values that animated her life. May you always be so.

May God soon numb the sharp sting of her passing and continue to remind you always of the glory and fun of her living. May those loving memories continue to cheer you as you carry on the examples that she so courageously and instinctively lived by.

With sadness at her passing and with continuing admiration for her life and works,

For anyone who wishes to commemorate Mountcastle’s life, her family asks to consider a donation to the Fund for Women and Girls at Fairfield County's Community Foundation, 40 Richards Ave., Norwalk, CT 06854 or the Southern Environmental Law Center, 201 W. Main St., Charlottesville, VA 22902.