A fair, thorough and accurate census count is vital to nearly every aspect of our personal and professional lives. The Constitution requires the federal government to count every member of the population every ten years to apportion critical resources, draw district lines and determine congressional seats. The Mary Reynolds Babcock Foundation and our grantee partners all over the South use census information to determine areas of greatest need, direct resources and gauge progress toward our missions through data points like population density, housing rates, homeownership, employment, income and other economic indicators. An inaccurate count would impair the nonprofit sector’s research into socioeconomic factors and make data-driven decisions about important issues affecting all Americans. 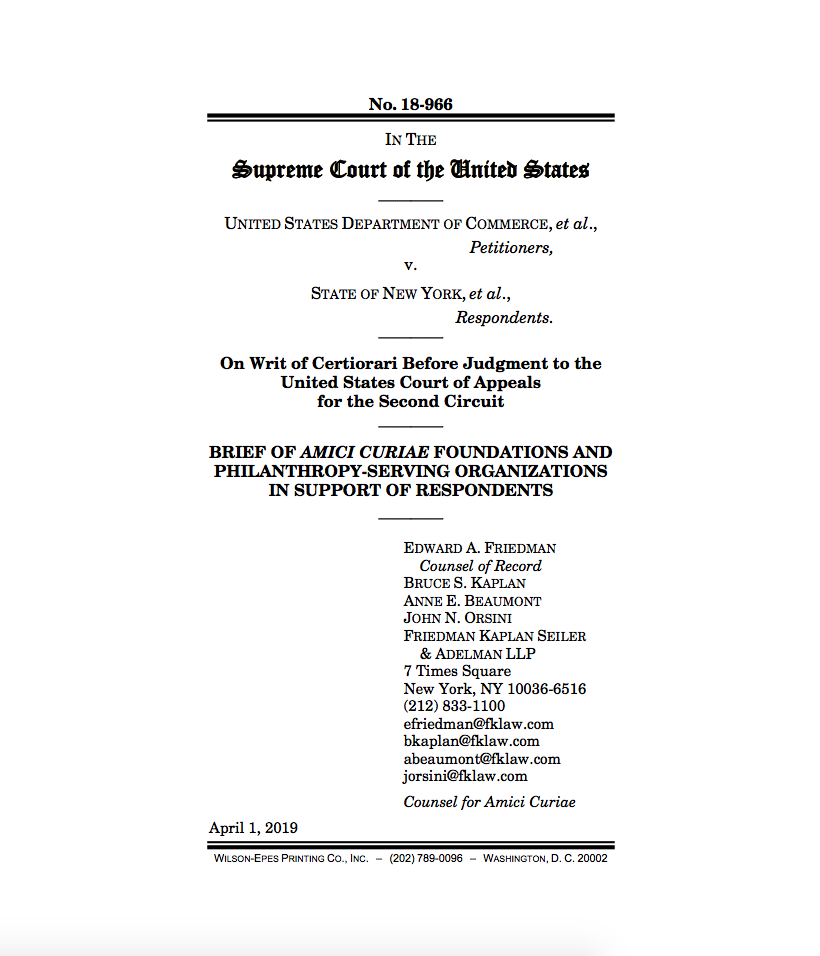 This is why we joined an amicus curiae brief filed April 1 with the Supreme Court, along with 29 other philanthropic organizations representing a broad spectrum of geography, scope and structure. While it is highly unusual for foundations to go before the court, we feel it is important to share the perspectives of philanthropy with the justices as they decide whether to reject the administration’s plan to add a citizenship question to the 2020 census. The missions of the amici curiae range from ending poverty to expanding access to health care; from developing early childhood programs to increasing higher education opportunities, from creating community development strategies to alleviating homelessness. Though our work is varied, we all rely on accurate census data to accomplish it.

A citizenship question would depress residents’ response rates by prompting fears of government intrusion, harassment, arrests and deportations, especially among households with undocumented members. Though census responses are confidential and cannot be turned over to immigration authorities, harsh enforcement tactics have exacerbated distrust in the government and how it uses information. In a recent survey by NALEO Educational Fund, 78 percent of Latinx respondents said a citizenship question would make people afraid to participate. The Census Bureau’s own analyses determined this question would discourage people from participating in the count, resulting in decline of at least 5.1 percent, or at least 432,000 fewer correct enumerations. As stated in the amicus brief:

“In 2016, approximately 14 percent of the total U.S. population, or 45 million people, lived in a household with at least one noncitizen, and more than 13 million children—many of whom are citizens—lived in those households. Furthermore, a majority of noncitizens are lawful permanent residents, visa holders or refugees. Thus, declines in the response rates of households containing noncitizens will result in widespread undercounting of people who are lawfully present in the United States.”

The accuracy of the population count also has profound racial equity implications. In the South, where the Babcock Foundation works, many communities are deemed hard to count, particularly children, people of color, low-wealth individuals, immigrants, Native American communities and rural populations. The addition of a citizenship question is likely to exacerbate the undercount of those communities, thereby diluting their political voices. Undercounting communities of color opens the door to racial gerrymandering, further diminishing representation of already disenfranchised groups. 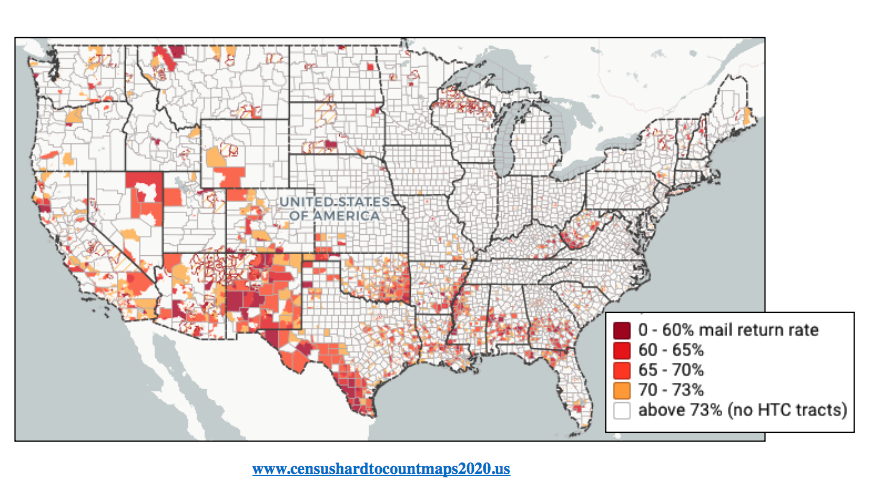 Census data also determine allocation of more than $800 billion in federal funding to major social programs that are crucial to the well-being of families and communities, including Medicaid, the Supplemental Nutritional Assistance Program, highway planning and construction, subsidized housing, education, school lunches and much more. One study estimates West Virginia, where one in four people lives in a hard-to-count area, lost $1,107 in federal dollars for each person who was not counted in 2010.

The citizenship question is not the only cause for concern about an accurate 2020 census. A lack of adequate funding could limit the bureau’s ability to conduct requisite operations and outreach. For the first time in census history, the bureau is making the internet the primary response option. This is likely to further depress participation among low-wealth and rural communities with limited access to broadband or internet-equipped devices. In West Virginia, more than a quarter of households lack such access.

Philanthropy can help lay the groundwork for a more accurate census. Many organizations are already planning outreach activities to encourage participation. Grassroots, immigrant-led and immigrant-serving organizations are best positioned for successful outreach due to the trust they’ve built in communities. Funders can increase investments in groups already in relationship with hard-to-count 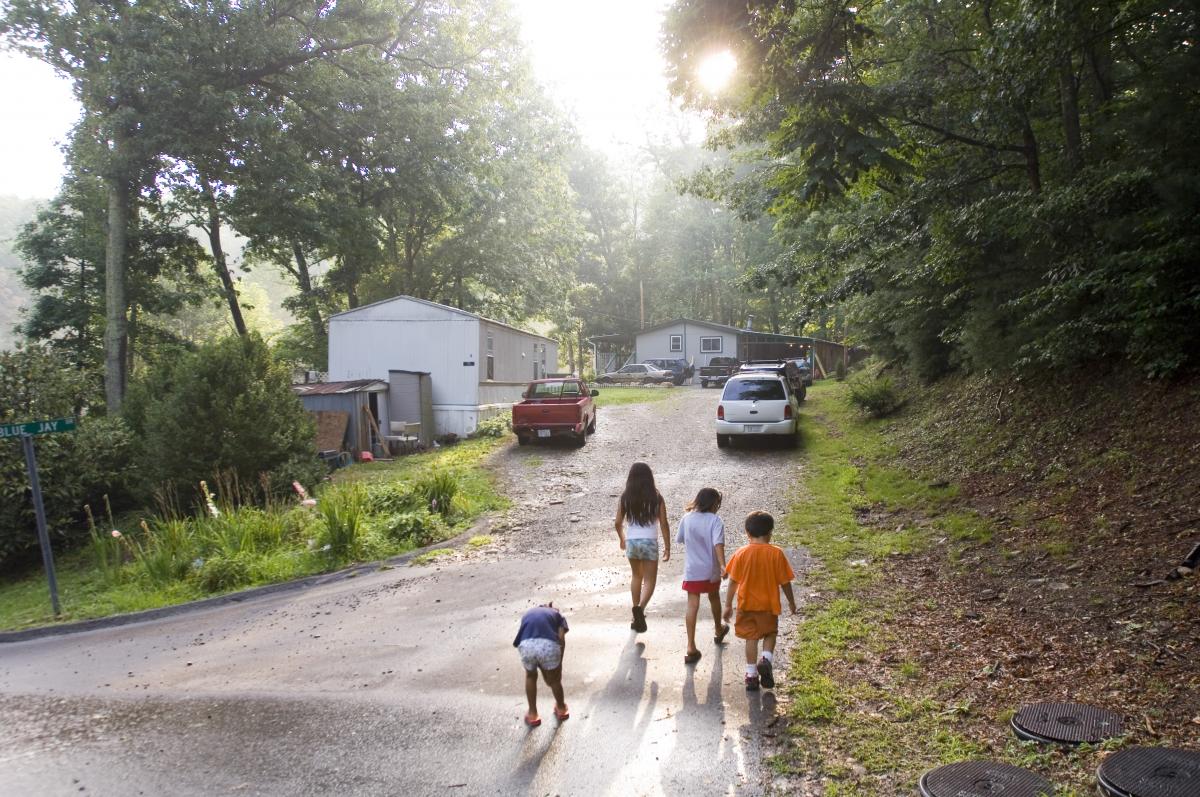 Another way foundations can take a more active role in census work is through the Funders’ Committee for Civic Participation, which has formed a census working group to help members learn and strategize. FCCP is providing resources and opportunities and keeping members abreast of developments at the Census Bureau, in the courts and in state legislatures that could affect the accuracy of the count.

Given the profound effects the 2020 census will have on funding, resources, infrastructure, political representation, and nonprofit services affecting every community in America for years to come, every one of us has a clear interest in ensuring an accurate count.