Housing through a Social Justice Lens 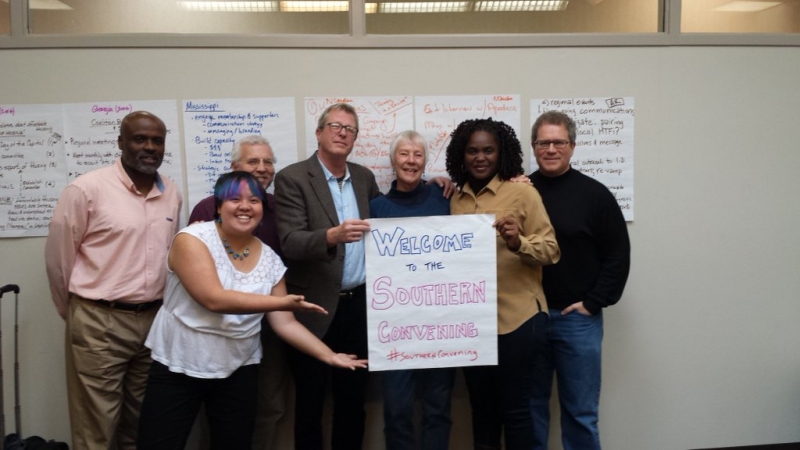 "As one of the few women of color and the youngest person at the Southern Convening, the idea of viewing housing justice through a social justice lens was the best part."

When I learned about the Southern Convening, I BEGGED Mary Brooks from the Center for Community Change (CCC)’s Housing Trust Fund Project to let me go. I wanted to hear how others in the South are working through their challenges to promote affordable housing. I knew that as a 23-year-old temporary Housing Mississippi staffer (I’ll explain later), it probably was not the best idea to let me attend. I prepared all these arguments as to why I should go, so it was to my surprise that Mary said yes right away! (Fine, it wasn’t “begging.”)

As William McFarland of Georgia ACT wrote in a previous guest blog post, the Southern Convening is an annual conference of housing advocates in six Southern states, hosted by the Housing Trust Fund Project. Although Mississippi was the only state represented not to have a state housing trust fund, we were excited to be looking internally to figure out how to support future endeavors, including building our capacity and preparing materials to apply for funding. We heard about new grant opportunities and other tools we could employ in our state.

Let me back up and share some background about myself before I go further: I’m originally from Seattle and am a recent graduate of the University of Washington. On campus, I was an organizer focusing on social justice through health equity and housing issues, specifically the rise of homelessness in Seattle. I am now a Bill Emerson National Hunger Fellow, part of a yearlong fellowship conducted by the Congressional Hunger Center to develop leaders to combat hunger and poverty through the eradication of systemic oppression. For my field placement, I was sent to Jackson to work with the Housing Mississippi coalition and the Mississippi Center for Justice.

Working in the South is the complete opposite of what work was like in the Northwest. Despite having worked on housing issues in Seattle (where prices are rising because of the masses of people moving in to work with Amazon, Boeing, Microsoft, etc.), my experience was nothing compared to housing issues in the South (where there is a massive white and upper-income flight from major cities and a lack of industries to support the economy).

In Mississippi, I’ve been tasked with establishing our coalition’s goals for the next year. Last year, Housing Mississippi successfully advocated for the establishment of the Jackson Housing Trust Fund, the first in the state. The plan is to build from that momentum to create more municipal funds or even a state fund. I led our board in reflecting on what is possible for Housing Mississippi and how the coalition can make it happen. The Southern Convening built directly on this theme—perfect timing. It was rewarding and powerful to have trusted and experienced folks from CCC reinforcing what Housing Mississippi can accomplish.

As one of the few women of color and the youngest person at the Southern Convening, CCC’s commitment to equity was a breath of fresh air. I knew the convening would delve deeply into housing issues, but my favorite part was when we talked about viewing housing justice through a social justice lens. (“Housing is a human right.”) Our program opened with Senior Organizer Katy Heins leading an “equity quiz” and Charlotte NAACP President Corine Mack sharing her story about taking down the Confederate flag in South Carolina. It built up to discussions on power and the need for more diversity in our organizing. Everyone was very receptive to the idea of engaging people we were not thinking of reaching out to and widening the issue lens in our campaigns. Participants were starting to think of new ways to bring more community members into the room as the convening ended. It was inspiring to see everyone learning and collaborating with each other.

I’m excited to see what these six states can achieve this year, and I have a feeling these Southern states are going to teach progressive places like Seattle something extraordinarily valuable. 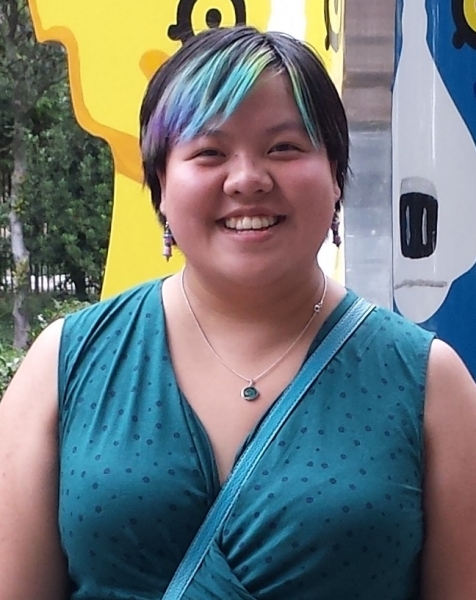 Laurie Tran is a Bill Emerson National Hunger Fellow serving at the Mississippi Center for Justice and Housing Mississippi in Jackson. She is a graduate of the University of Washington in Seattle, where she studied Medical Anthropology/Global Health, Biology and Diversity.

The Mary Reynolds Babcock Foundation supports the Center for Community Change and the Mississippi Center for Justice.